"It is better to have people think you a fool, than to open your mouth and remove all doubt." -- Mark Twain

This article from Christian Voice reminds me so much of that famous quote. I am a Hindu and it disappoints me when people draw conclusions about a religion of which they know precious little. But Stephen Green of Christian Voice goes further. From a position of obvious ignorance, he takes to the pulpit and preaches that Hinduism has a demonic trinity and makes unfounded statements about Lord Rama which have no credible source.

Sanatan Vedic Dharma, or Eternal Truth (later termed Hinduism) is a complex philosophical system of beliefs and practices meant to teach us various routes to God through righteous action or Karma. Hinduism is not really a religion in the strictest definition of the word. It is a way of life, a karmic journey to Moksha or Salvation, i.e. God. The Hindu Trinity, The Creator, the Sustainer and the Destroyer, is that of a Divine Whole with responsibility for the creation, sustenance and ultimate dissolution of all things created. There is nothing demonic about this. The complexity of vedic concepts demand careful reading and interpretation and indeed above all, an open, non-bigoted mind.

Those who know me, know I have always had an open mind to religion. My first blog on this Hindu Voice, was in defence of a Christian woman's right to wear her religious symbols. I am married to a practising Catholic. My children have been brought up to respect different religions and to see the points of convergence in Christianity and Hinduism. It is a simplistic person who will argue that all routes to God are meaningless except one, despite the fact that from different parts of the world we emerge from so many different backgrounds and traditions. God hears all languages. No loving father denies his children a place in his home because they speaks various languages and observe various cultural traditions and norms, ultimately doing homage to him in various ways.Those who argue against this, are guilty of a fundamental misunderstanding of the nature and love of God. Therefore when they decide to look for demons, they can start with those running around in their own heads!

Posted by Mark Bhagwandin at 09:07 No comments:

Stop funding the assault of women in China

The story of a Chinese woman beaten and forced into the abortion of her seven month baby has sparked outrage around the world. The outrage must also be focused here at home because for decades the government of the UK has indirectly supported China 's one child programme.

The UK currently contributes over £20M yearly to the UN Population Fund(UNFPA) and is committed to almost £100M in aid to the International Planned Parenthood Federation(IPPF).
Both these agencies are involved in promoting and supporting China’s one child policy.

The horrific picture of a woman beaten and lying on a bed with her aborted baby should make every right thinking person in this country very angry. We should be angry enough to demand that our Government sends a clear and unambiguous message to the Chinese Government that we condemn such activities and therefore will not provide financial support for any agency involved in the execution of the one child policy. Unless the UNFPA and IPPF can guarantee that they will not continue financial support for the one child programme, the contribution of millions of pounds of British taxpayers’ money, should be stopped.

This week’s story of the brutal treatment of the woman is just one of many routine atrocities of this kind which fail to reach the international press. The barbaric assault, prosecution and disempowerment of women, the violation of their human rights and the wanton destruction of millions of unborn children cannot continue unabated. It is time for Britain and the international community to send a direct and clear message to China and the international agencies supporting its one child policy that enough is enough.
Posted by Mark Bhagwandin at 11:16 No comments:

India recently test fired Agni V, a long range intercontinental missile which reportedly cost over $400M to develop. Prime Minister Manmohan Singh hailed the launch as "another milestone" in the country's "quest for security, preparedness and to explore the frontiers of science". How about a quest to alleviate the mass suffering of over a quarter of a billion Indians who live in severe poverty? It is scandalous and wicked that the Indian Government can find hundreds of millions of dollars just to flex India's muscle when so many live in abject poverty. How much more could have been done with that money to provide opportunities to lift Indians out of poverty. It should
be a source of shame to those who run this country that millions of children go hungry every day while those in power speak of India's national pride. National pri 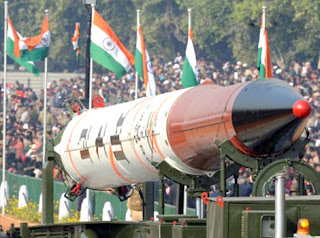 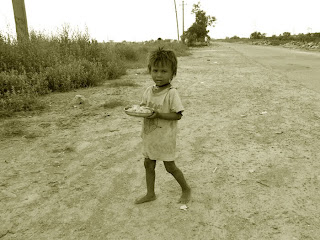 de should reflect significant
progress in human development, not expensive military gimmicks.
Posted by Mark Bhagwandin at 17:21 No comments:

The Closure of News of the World

As a former journalist I feel for the hundreds of workers who will lose their jobs. No one should be fooled by Rupert Murdoch's move to close the company. It is a financial decision based on the potential lawsuits which would have ruined the company anyway. If Murdoch is serious about holding people to account (as he is reported as saying) then why is the person who was editor of the paper when the phone hackings took place, still in her elevated position as head of News International? Hopefully the police investigations will reveal the names of all the culprits and they will be brought to justice, even those protected by giants.
Posted by Mark Bhagwandin at 12:11 No comments:

Preachers of Hate in the Education System

I am not a huge Channel 4 fan but one must give credit where it is due and the Dispatches programme last week must be commended for revealing lessons of hatred in an Islamic school in Birmingham. The Darul Uloom school has complained to OFCOM about the programme but there is no denying what could clearly be seen on the recorded videos. I watched in utter disbelief as the Muslim speaker asked "Who drink the p..s (the other word for urine) of a cow?" The answer from students, "Hindus". Then he went on to declare "The Hindus..they drink the p...s of a cow, the cow is their God, they ride the cow, how can you ride your God? And so it went on. The misguided idiot seemed to have singled out Hindus for particular attack.

I am surprised that there has been silence from the Hindu organisations in Britain. But then I cannot say they have done much to represent the Hindu point of view in British society. Why do people still wonder where Hindus stand on so many issues of our day?

For those who speak out I expect the hindu voice should be heard, that we will not stand idly by while preachers of hate misrepresent our faith and spread animosity and intolerance within the education system.

I expect OFSTED which likes to make a song and dance about schools that should be in special measures etc and the Department of Education will have some more to say about this Islamic School in Birmingham. Lets wait and see.
Posted by Mark Bhagwandin at 15:04 No comments:

Cameron and the Banks - Just do it!

It was disappointing to hear the use of terms like "want to" and "reach agreement" from the Prime Minister today when speaking on the issue of Bankers Bonus. These robber barons who at an international level caused a financial crisis, and in the UK already rake in millions of pounds from unjustifiable charges to their customers now have the tenacity to reward themselves fat bonuses at taxpayers expense.

The Conservative Party and The Liberal Democrats pledged to deal with this cowboy banking industry and all eyes are on them now to deliver on their promises. The term "want to do" is no longer appropriate. You are in Government now, just do it!
Posted by Mark Bhagwandin at 11:11 No comments:

The abortion provider, Marie Stopes International came under fire this week for advertising its service on television. But we must not be surprised at Marie Stopes’ actions. It is adopting sound business strategy. You see national statistics for 2009 show a second consecutive year of decline in abortions. Not good news for providers like Marie Stopes, who were contracted by the NHS to provide more than half of the 189,000 abortions in 2009. The “market” is in decline and therefore money must be invested in expensive advertising on national prime time television to ensure continued financial viability. After all taxpayer (NHS) funded abortions have been steadily increasing since the year 2000, for this lucky multi- million pound industry. Moves to guard against a decline in sales are therefore entirely understandable. Marie Stopes even admits its fear in a current job advert for a Business Development Manager. According to the advert “ It is essential that the role keeps abreast with proposed changes in the NHS and identify opportunities or threats that these may present to MSI” . Another job advert says applicants “will be responsible for researching and developing new business opportunities in the region in order to increase MSI’s profile and market share”.

So it emerges out of the horse’s mouth. This is about increasing market share in the face of potential decline in “sales” and threats to the business. It must have rattled the industry when David Cameron on the election trail talked about supporting a reduction in the time limit for abortion. The industry’s activists came out kicking and screaming at his remarks. Well why not, after all seven out of ten late term abortions performed in 2009 was in the taxpayer funded independent abortion industry of which Marie Stopes leads the way. With this so called charity collecting £1,720 for a single late term abortion (19-24 weeks-Marie Stopes website), its fears are understandable.
What is disgraceful is the refusal by this abortion provider to tell the whole truth about the purpose of the abortion ads. They are clearly a marketing tool for Marie Stopes services, ranging from its £80 telephone consultation, to its £1720 abortions. For four decades the abortion industry has profited off the plight of women in crisis pregnancies and it is not going to stop now. It should readily admit that and stop this charade about empowering and acting in the interest of women. If Marie Stopes is really serious about women’s interest, how about empowering women with the ability to continue with their pregnancies. If they are really pro-choice they should provide practical support for women who choose to keep their baby . But this in non-existent. Instead the word from the abortion industry is...come to us, we will help you, by ending the life of your child, for at least £440 (cheapest abortion at Marie Stopes). In this new age of austerity the Government would do well to take a second look at the lucrative taxpayer funded contracts awarded to such institutions as Marie Stopes.
The number of abortions will continue to decline in line with the turning tide of public opinion against this procedure. The next step must be to expose the abortion industry for what it is. At a time when some are hanging their heads in shame for the way they have used taxpayers money, I am sure there is room for some more on the bandwagon. Please do make some space for the abortion industry!
Posted by Mark Bhagwandin at 16:54 No comments: